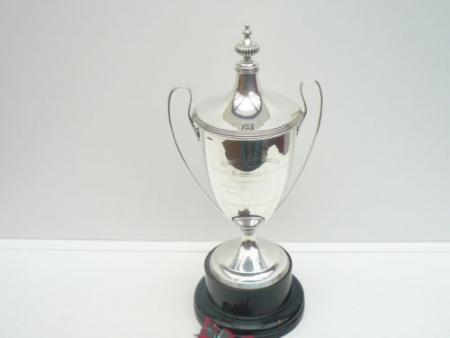 Large solid sterling silver 2 handled lidded trophy cup, hallmarked from London in 1914 with the makers mark being that of Goldsmiths & Silversmiths Co Ltd.

It is engraved with the following ‘ Carrick Boys Scouts Annual Shooting Competition Presented By John Strain ESQ Cassillis House Won BY Sheldon & Dalrmple 1915’. from polishing over the years the engraving is not so bold as it would have been in the centre of inscription but it can still be read ok.

Condition is excellent with just the merest of base wobbles, not at all drastic and only mentioned for complete accuracy.

It comes with original stand, the weight shown above is for the trophy only and the stand is not included with that weight.

It stands an impressive 12 inches tall without the base stand. 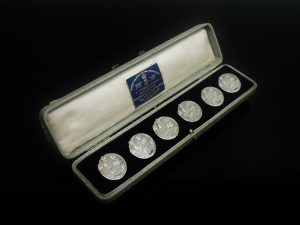 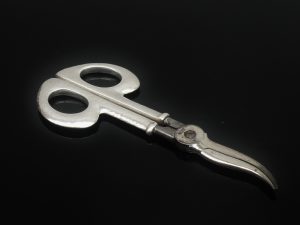 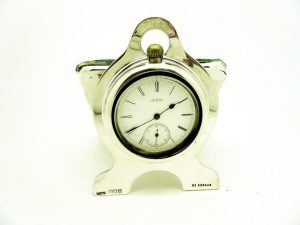