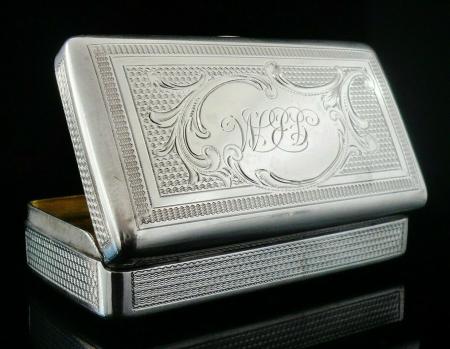 In excellent order, cartouche on lid has been engraved with three initials.

In excellent order, cartouche on lid has been engraved with three initials.

Snuff boxes were and, indeed still are, used to store tobacco powder or snuff. The practice of snuffing (the inhalation of the tobacco powder known as snuff) began as early as the late 15th Century. At this time, tobacco use had become popular in England following the discovery of the New World. By the mid-17th Century, inhaling snuff was extremely popular and even women were partaking!

By the early 18th Century the nobility had also started to practice the use of snuff and needed something appropriate to hold their snuff.
As a result, in the later part of the 18th Century, craftsmen began producing decorative boxes for this purpose. They used precious metals like silver and gold and other materials like ivory, horn or tortoise shell to create the boxes.

Snuff boxes came in large and small sizes. The larger boxes were for communal use at social gatherings whereas the smaller boxes were for personal use.
It was Sheffield that primarily made silver snuff boxes during the 16th Century. Likewise, Birmingham produced others during the late 17th Century. They were often decorative with views of famous buildings engraved on the lids or boxes sides. 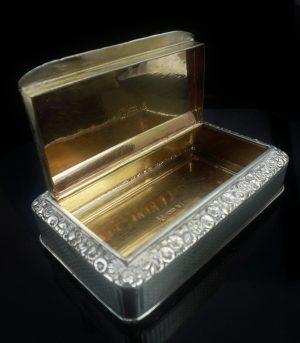 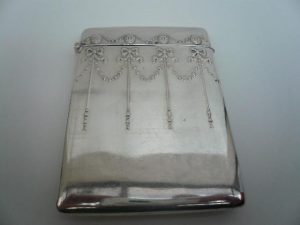 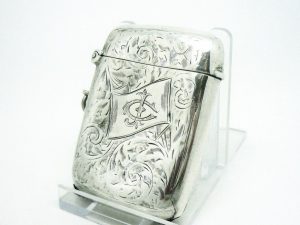