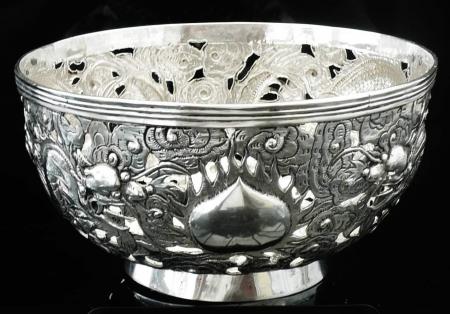 In very good order, it does however have a small bump to the base circular foot which does give it a slight wobble (very, very minor).

However, it does have the maker’s initials to base as well as a Chinese character mark.

In conclusion, this piece measures 130 mm in diameter and stands 68 mm tall.

It is a nice quality piece.

Certainly, Chinese Export Silver, produced from the late 18th Century to the early 20th Century was traded from the Canton province. In addition, early Chinese Export Silver was made to match the European style.  Subsequently, during the 19th century, a more unique and elaborate style developed. This featured dragons and landscapes and was specifically made to appeal to tourists. Furthermore, Chinese Export Silver was often made from melted Spanish trade dollars. This was the only currency that Chinese merchants were allowed to accept from foreign traders. As a result, it often tests as ninety percent silver.

Chinese Export Silver is often marked on the base with a Chinese character mark or marks. 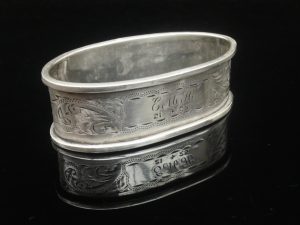 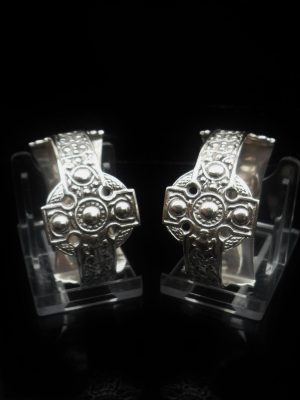 Pair of cased Scottish sterling silver napkin rings, both hallmarked from Glasgow in 1947, both … 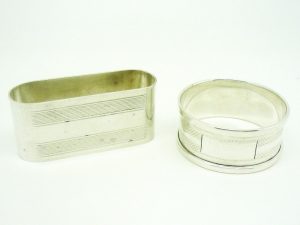 2 Sterling silver napkin rings (NOT a pair), circular one is hallmarked from Birmingham in 1947,…