An article from The Forfar Courier May 2012, when Colin Stoddart, of Dart Silver Ltd, found these 9ct gold medals, lots of interest was generated. 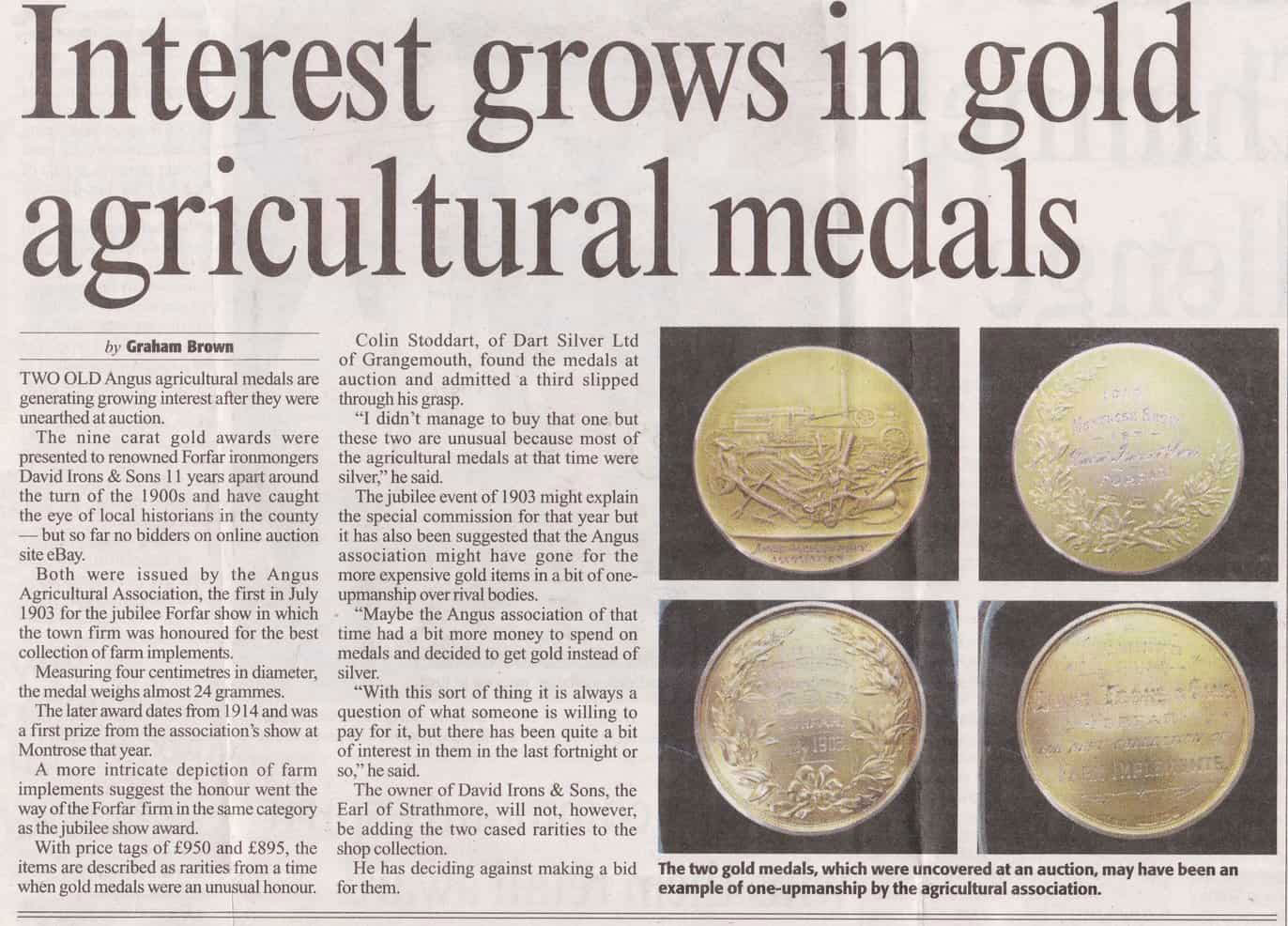 Two old Angus agricultural medals are generating growing interest after they were unearthed at auction.

The nine carat gold awards were presented to renowned Forfar ironmongers David Irons & Sons 11 years apart around the turn f the 1900’s and have caught the eye of local historians in the county – but so far no bidders on online auction site eBay.

Both were issued by the Angus Agricultural Association, the first in July 1903 for the jubilee Forfar show in which the town firm was honoured for the best collection of farm implements.

The later award dates from 1914 and was a first prize from the association’s show at Montrose that year.

A more intricate depiction of farm implements suggest the honour went the way of the Forfar firm in the same category as the jubilee show award.
With price tags of £950 and £895, the items are described as rarities from a time when gold medals were an unusual honour.

Colin Stoddart, of Dart Silver Ltd. of Grangemouth, found the medals at auction and admitted a third slipped through his grasp. “I didn’t manage to buy that one but these two are unusual because most of the agricultural medals at that time were silver,” he said.

The jubilee event of 1903 might explain the special commission for that year but it has also been suggested that the Angus association might have gone for the more expensive gold items in a bit of one-upmanship over rival bodies.

“Maybe the Angus association had a bit more money to spend on medals and decided to go for gold instead of silver. With this sort of thing it is always a question of what someone is willing to pay for it, but there has been quite a bit of interest in them in the last fortnight or so,” he said.

The owner of David Irons & Sons, the Earl of Strathmore, will not, however, be adding the two cased rarities to his collection.
He has decided against making a bid for them.